Hurray for most parents this back to school week. Likely, not so much for students…

This might be a good time of the year to talk about financial tools for your kids or grandkids from elementary school to university age.

However, we should start with parents: Almost 80% of them do not talk to their kids about finances or money at all. That’s a failsafe recipe for dooming their financial success as adults – period. If you don’t – who will? If you need the tools and what-to-do, go to Mosaic or Amazon and invest the $20 in the Money Tools book. Start with the chapter of “For parents of kids aged 4 to 40.”

If your child is going into elementary school, you’re around the age when they’ll start to get an allowance. I believe the only way to do that is to have them earn it. Set it up with whatever chores match their age and ability. Do not give them free and unearned money. News flash: That’s not how real life works as an adult. Do that now and it’ll be a decade of pain, debt, and borrowing from you until they learn that hard lesson for themselves. You get what you earn. Non-negotiable rule number two is that one-third goes into savings, one-third into giving, and one-third for spending.

Going into Junior High, it’s time for the just about teenagers to learn financial responsibility for themselves. Ask other parents what they do when your 12 to 14 year old loses their backpack or something else for the fifth time? The parent buys the sixth one. That’s insane! Stuff costs money – money you had to earn. Before the start of school, make the rule really clear that the second or third time (that’s your call) whatever they’ve lost is going to get replaced with their allowance money. They’re also now old enough to set up a savings account and an investment account under your name. Now is also the time to start talking about saving for a car, and make it clear you’ll match whatever they save up to a certain amount.

In High School, your child is now just a few years away from being an adult – whether you think of them as such, or not. Financial stuff will get really serious in just a few years for them. Most of the predictors of how they’ll handle that are fixed already, based on the last decade. Since a car is just around the corner, give them the Money Tools book and pay them some money for a book report on the car buying chapter. Knowledge is power – and way more powerful if they have a stake in it and are treated as semi-adults in being the driver of the research and purchase decision.

Going into university is a whole different world for both parents and students. As parents, I’d make absolutely certain, and in writing, that the financial ground rules are really clear. For example: We will let you live at home as long as you’re a full-time student, we will pay x amount of money every semester for your books and courses, a certain amount for this or that, etc.

For students, it’s really difficult for them to visualize themselves five or ten-years out. It’d be incredibly insightful to have them meet a few 30-something graduates that have huge student loans and what that financial pressure is like, and what they have to forego, even a decade after graduation. That’ll impact whether pizza and beer is coming from their student loan money. Yes, over 50% use it for vacations, eating out, and the likes. If you have the Money Tools book, there are lots of insights for kids going into, now in, or just graduating students that are incredibly powerful. 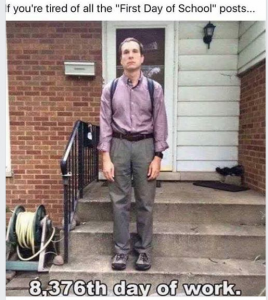